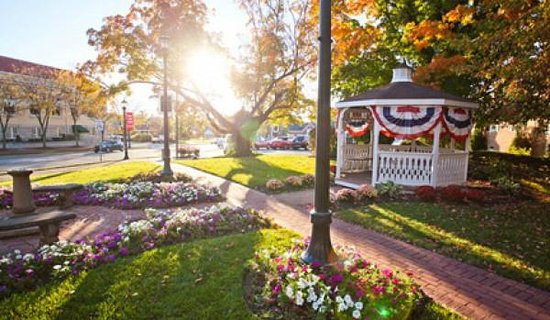 Looking for Heating, Cooling, or Indoor Air Quality Services in Lebanon, Ohio? Fairfield-Hamilton Heating & Cooling services Lebanon, OH (and surrounding communities) with a superior level of HVAC services and customer support that our competitors can’t match. We strive to make sure each and every customer has a Five Star Experience ‒ each and every time, 100% Satisfaction Guaranteed!

The City of Lebanon is the county seat of Warren County. Located within the Cincinnati Metropolitan Area, the city is home to around 20,000 residents. Settled by early pioneers after the American Revolution, Lebanon had its first log cabins built in the 1790s. In 1802, a surveyor laid out the community with Main and Broadway streets crossing at the center of town. Broadway was intended to be six-poles wide so that a six-horse stage would be able to turn around completely in front of the tavern. The town was divided into 100 lots of 50 rods each, with the four center lots for public lands.

Lebanon began to flourish as stagecoaches roamed through the streets bringing travelers and settlers from the east. In 1805, the first city had its first jail, courthouse and public subscription. In 1807, John McLean started the publication of what would one day become the state’s oldest weekly newspaper, The Western Star.

One of the earliest influences of the Lebanon area was that of a religious sect known as the Shakers, which preached that Christ had returned as the woman who led their movement. Although their community, Union Village, was sold more than half a century ago, local interest still exists in their culture and buildings, which later formed the Otterbein Retirement Community.

According to local legend, Lebanon never grew as large as Cincinnati or Dayton because these Shakers put a curse on the village to hinder the city’s prosperity.

Lebanon is one of the few cities in the nation to operate a local government run cable television and phone service.

Lebanon is home to two Ohio prisons. Each year they have a variety of festivals, including the Lebanon Blues Festival, the Country Applefest, the Horse Drawn Carriage Parade and Christmas Festival and the Lebanon Country Music Festival, to name a few.