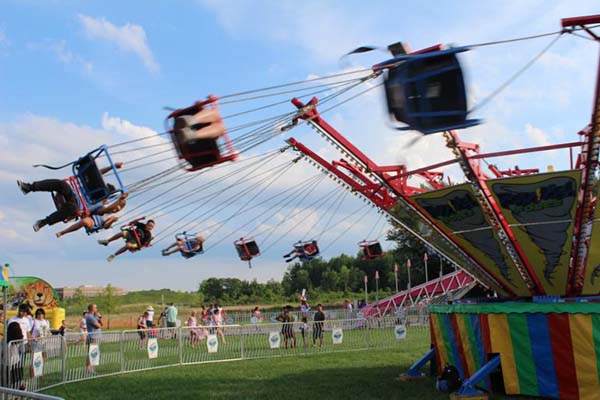 Looking for Heating, Cooling, or Indoor Air Quality services in Blue Ash, Ohio? Fairfield-Hamilton Heating & Cooling services Blue Ash, OH (and surrounding communities) with a superior level of HVAC services and customer support that our competitors can’t match. We strive to make sure each and every customer has a Five Star Experience ‒ each and every time, 100% Satisfaction Guaranteed!

Located just 20 minutes from Downtown Cincinnati, the City of Blue Ash is considered one of the most desirable places to live in the greater region. Blue Ash has a welcoming blend of small-town charm, major employers, high-rated amenities, and big-city access.

Settled in Hamilton County, Blue Ash has a population of more than 12,100 people. The area in which it is located was first settled around 1791. By 1797, the first settlers constructed the Carpenter’s Run Baptist Church from blue ash logs, which is how the area derived its name.

In the late 1800s, the Cincinnati, Lebanon, and Northern Railway offered a commuter rail service to Blue Ash. From 1921 to 2012, Blue Ash was home to the Cincinnati-Blue Ash Airport, which was a private airfield that was sold to the City of Cincinnati in 1946, making it the first municipal airport in the state.
Throughout the 1950s, Cincinnati sought to expand the airport for major commercial services, but the Blue Ash community fought this expansion and in 1955 incorporated into a village. Then, in 1961, it became a city.

Subsequently, in later years, Cincinnati developed the surrounding land into an industrial park with a golf course. On Aug. 29, 2012, the airport was closed down. The property was then sold to the City of Blue Ash, which used the property to open Summit Park.

Each year, Blue Ash is home to two events during the summer, the “Red, White, and Blue Ash” which is the biggest fireworks show in the region, and the “Taste of Blue Ash.” Both events draw major rock bands.